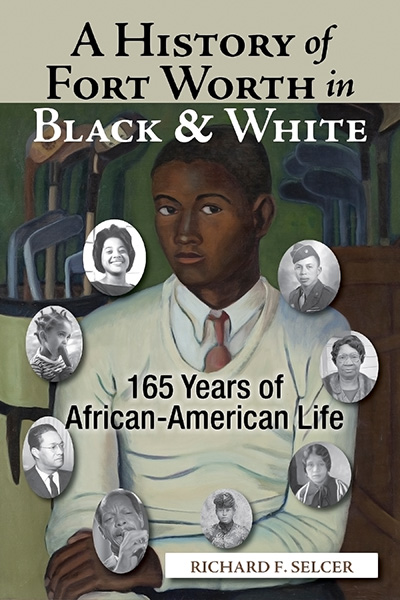 A History of Fort Worth in Black & White fills a long-empty niche on the Fort Worth bookshelf: a scholarly history of the city’s black community that starts at the beginning with Ripley Arnold and the early settlers, and comes down to today with our current battles over education, housing, and representation in city affairs. The book’s sidebars on some noted and some not-so-noted African Americans make it appealing as a school text as well as a book for the general reader.

Using a wealth of primary sources, Richard Selcer dispels several enduring myths, for instance the mistaken belief that Camp Bowie trained only white soldiers, and the spurious claim that Fort Worth managed to avoid the racial violence that plagued other American cities in the twentieth century. Selcer arrives at some surprisingly frank conclusions that will challenge current politically correct notions.

“Selcer does a great job of exploring little-known history about the military, education, sports and even some social life and organizations.” —Bob Ray Sanders, author of Calvin Littlejohn: Portrait of a Community in Black and White