The late FRANK FUJITA was called back to active duty as a reservist during the Korean War. He then resumed civilian life and eventually carved out a career as an illustrator for the Air Force. He appeared on television on C-Span, was filmed at the Admiral Nimitz Museum, and was one of two prisoners of war interviewed by Ted Koppel on Nightline as part of the debate concerning the dropping of the atomic bomb. He was also interviewed as a former POW on the History Channel. 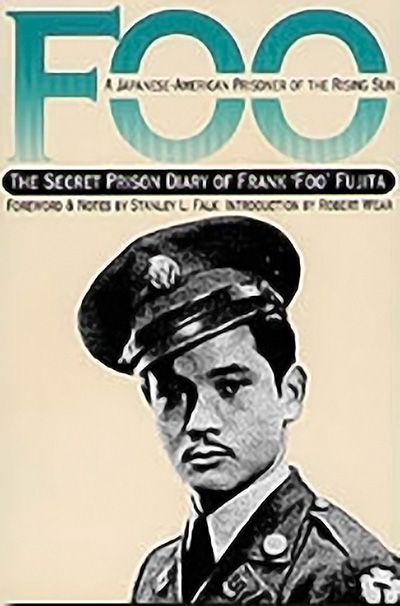 FOO: A Japanese-American Prisoner of the Rising Sun: The Secret Prison Diary of Frank "FOO" Fujita

— Vol. 1: of War and the Southwest Series

“This work is quite different and is unique in that it chronicles the internment of the only Japanese-American combat soldier captured during the Pacific campaign of World War II. Frank “Foo” Fujita, a Texan who served with the “Lost Battalion” of the 36th Infantry Division, was captured during the defense of Java in early 1942… Despite the subject, the book reveals much of the humor of Fujita and his comrades… Foo is refreshing in that it never deviates from its view of the Japanese as the aggressors and barbarians of the Pacific War—the view of a Japanese-American who served his country with dignity and honor.” —Southwestern Historical Quarterly more... about FOO: A Japanese-American Prisoner of the Rising Sun: The Secret Prison Diary of Frank "FOO" Fujita