From a black perspective, Jackson’s work forms a particular and important testimony, both positive and negative, about life in the United States from the 1930s through the 1960s. Champlin writes: “He was a brave man and a vivid voice, and he is long overdue to find at last the wider audiences he deserves.” Jackson died in 1985. 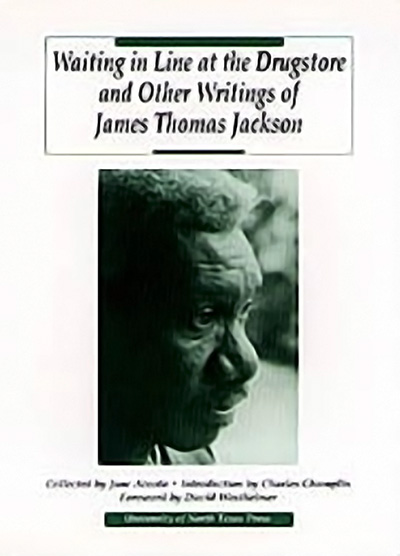 “Most of his life was spent enduring menial jobs, but his passion for the redemptive power of ‘the word’—both for the individual and society—remained unquenchable… Charles Champlin… says this man ‘was an inspiration (and a chiding challenge) to those of us who write with no obstacles but our own inertia.’” —Texas Journal more... about Waiting in Line at the Drugstore and Other Writings of James Thomas Jackson