ELIZABETH WITTENMYER LEWIS, born in Harrisburg, Pennsylvania, attended Susquehanna University and Pennsylvania State College. She graduated from Jefferson Medical School with an RN and served as first lieutenant in the Army Nurse Corps in World War II. She married a Southerner and spent most of her life in Virginia, Florida, Missouri, and Texas, with the exception of six years in London. She continued her education at Rice University in Houston. 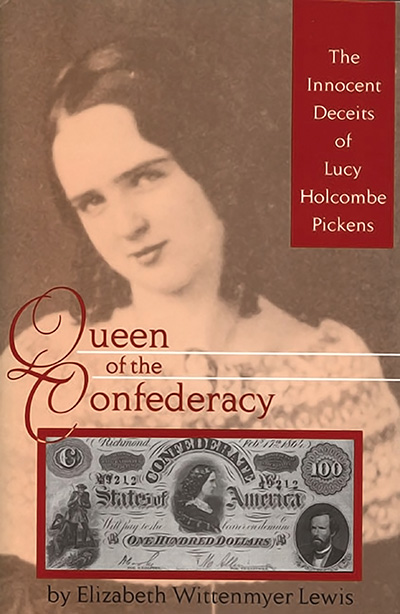 Queen of the Confederacy: The Innocent Deceits of Lucy Holcombe Pickens

The only woman to have her image engraved on Confederacy paper currency. more... about Queen of the Confederacy: The Innocent Deceits of Lucy Holcombe Pickens