TEHILA LIEBERMAN has won the Stanley Elkin Memorial Prize and the Rick Dimarinis Short Fiction Prize and her fiction has appeared in many literary journals, including Nimrod, the Colorado Review, Salamander, and Cutthroat. Her nonfiction has been published in Salon.com and in Travelers’ Tales Guides anthologies, including Best Women’s Travel Writing 2007. Originally from New York, she lived in Jerusalem before settling in Cambridge, Massachusetts, where she consults as a writing coach for Harvard Business School. 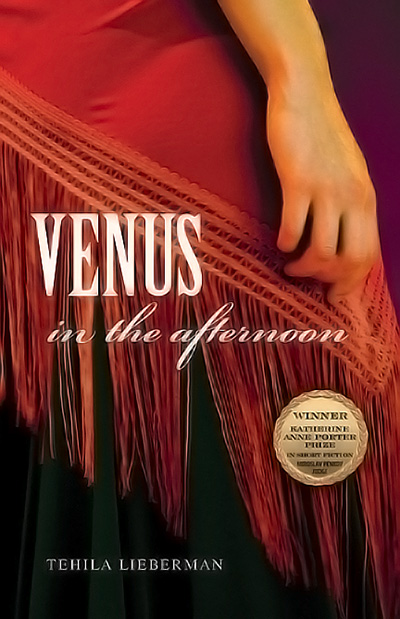 Venus in the Afternoon

The short stories in this rich debut collection embody in their complexity Alice Munro’s description of the short story as “a world seen in a quick, glancing light.” In chiseled and elegant prose, Lieberman conjures wildly disparate worlds. A middle aged window washer, mourning his wife and an estranged daughter, begins to grow attached to a young woman he sees through the glass; a writer, against his better judgment, pursues a new relationship with a femme fatale who years ago broke his heart; and the daughter of a Holocaust survivor struggles with the delicate decision of whether to finally ask her aging mother how it was that she survived. It is all here—the exigencies of love, of lust, the raw, unlit terrain of grief. Whether plumbing the darker depths or casting a humorous eye on a doomed relationship, these stories never force a choice between tragedy and redemption, but rather invite us into the private moments and crucibles of lives as hungry and flawed as our own. more... about Venus in the Afternoon