RON TATUM has been shoeing horses for almost forty years, and feels like he is beginning to get the hang of it. After graduating from the University of California, Berkeley, he entered the Marine Corps, eventually retiring from the reserves as a Major. Somewhere along the way, he became a Presbyterian minister, a juvenile probation officer, a drug/alcohol counselor, a high school wrestling coach, and a college dean and professor (doctorate in higher education, University of Oregon). He still teaches college and he still shoes horses. He is married with four children and seven grandchildren. He has two dogs and one cat. No horses. 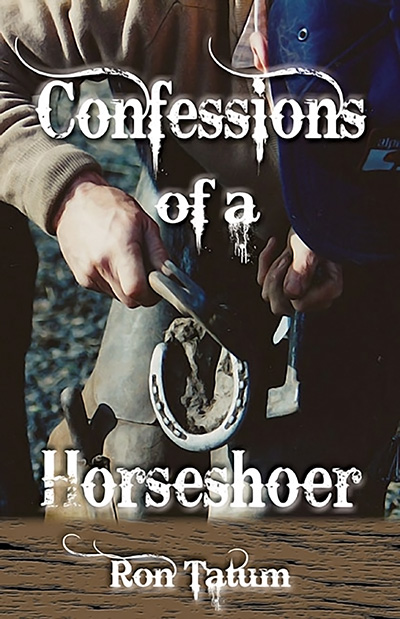 Confessions of a Horseshoer

Confessions of a Horseshoer offers a close and personal look at the mind-set of a professional horseshoer (farrier) who also happens to be a college professor. The book, an ironic and playful view of the many unusual animals (and people) Ron Tatum has encountered over thirty-seven years, is nicely balanced between straightforward presentation, self-effacing humor, and lightly seasoned wisdom. It captures the day-to-day life of a somewhat cantankerous old guy, who has attitude and strong opinions. more... about Confessions of a Horseshoer