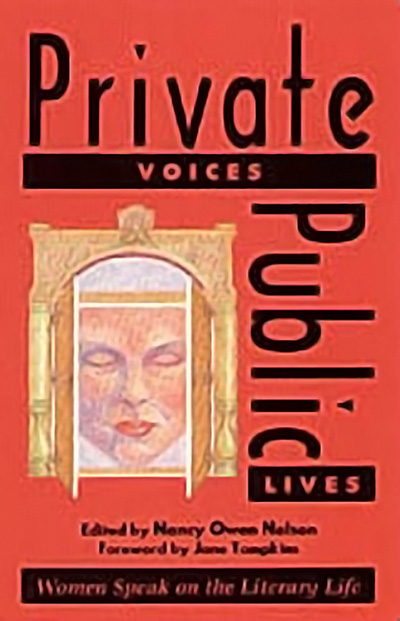 “These essays articulate the desire by many women in academe to break free of the adversarial mode of teaching literary criticism. Topics include issues of reader response, diversity and gender.” —Texas Journal

Interweaving the personal, private voice with scholarly, public intent, Nelson and the other contributors argue for a more interactive and cooperative approach to the teaching, reading, critiquing, and writing of literature.

These essays are a direct result of the desire by many women within the academic community to break free of what has been called the “masculine” or “adversary” mode of literary criticism.

“Not for women only should appear on the cover. Possibly some men would have the courage to read the women’s view of literature and the effect it had on their lives… You may not like some of the lessons, but you’ll enjoy the readings.” —The Oakland Press

“A major achievement of the book is the multiple ways in which it deconstructs another binary minefield, the public/private chasm that women still feel pressured to negotiate.” —Western American Literature

Part III: Teaching and Writing the Self includes essays on Dr. Benjamin Spock, Virginia Woolf, Hart Crane, and others.

Private Voices, Public Lives: Women Speak on the Literary Life is a recommended text for use in classrooms where the following subjects are being studied: Creative Writing, Literature, and Poetry.

“A collection of essays arguing for a more interactive and cooperative approach to the teaching, reading, critiquing, and writing of literature. Private Voices, Public Lives is of critical importance to readers, teachers, reviewers and critics. The essays incorporate ideas on current issues of autobiography, women’s voice, reader response, diversity, and gender.”—Midwest Book Review

[“University of Maryland for an American Studies course”]

NANCY OWEN NELSON taught at Auburn University, Albion College, and Augustana before accepting her present position at Henry Ford Community College. Her previous book, The Selected Letters of Frederick Manfred: 1932–1954, led to her exploration of androgyny and other gender issues.