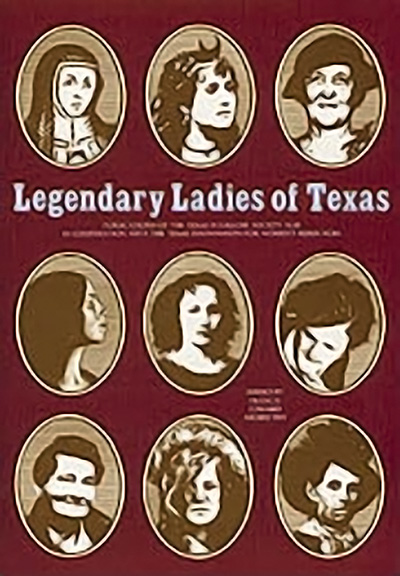 About Abernethy's Legendary Ladies of Texas

Legendary Ladies of Texas is now available as a free e-book at the UNT Digital Library and The Portal to Texas History.

“The folklore folks have won the day with this… publication.” —Dallas Times Herald

“They influenced, fought for, loved and died in the state of Texas… these Texas women whose deeds have so struck the public imagination that they have become archetypes.” —Houston Post

A study of Texas women and the conflicting images and myths that have grown up about them! Texas women were activists. They ran ranches, branded cattle, lobbied the halls of the Texas Legislature, led strikes, ran hospitals, preached the gospel, got elected to public office and built major institutions. Women brought civilized life to hundreds of Texas towns by organizing libraries, museums, parks, symphony orchestras, Sunday schools, literary clubs and charitable organizations.