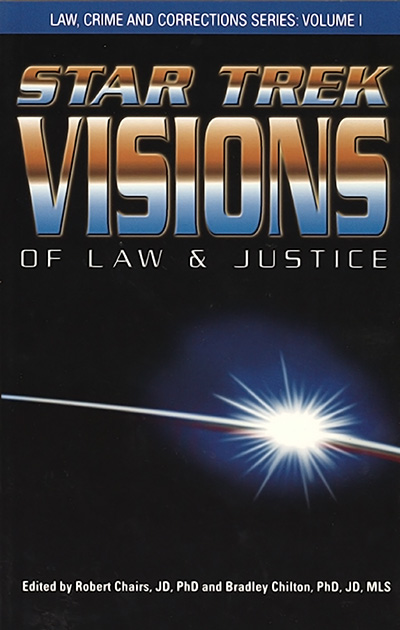 About Chairs and Chilton's Star Trek Visions of Law and Justice

Star Trek Visions of Law and Justice is for anyone interested in what the future holds for the American justice system and for fans of Star Trek worldwide. It makes an ideal text to teach students interdisciplinary academic concepts using a familiar, popular media phenomenon.

Star Trek Visions of Law and Justice is a recommended text for use in classrooms where the following subjects are being studied: Criminal Justice.

ROBERT H. CHAIRS is an assistant professor of criminal justice at the University of Nevada-Reno. He is the author and coauthor of numerous articles on minority and civil rights issues in criminal justice.

BRADLEY CHILTON is an associate professor of criminal justice at the University of North Texas. He is the author of Prisons under the Gavel: The Federal Court Takeover of Georgia Prisons.