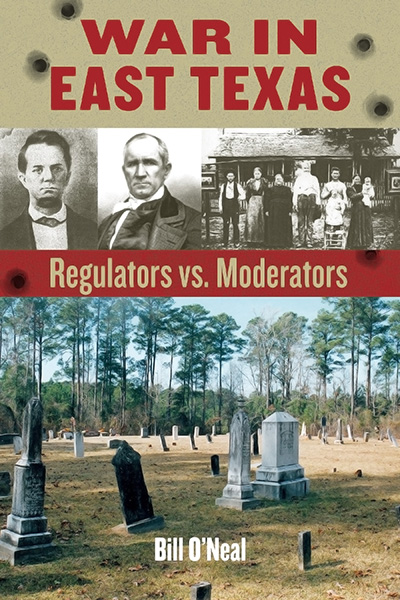 About O'Neal's War in East Texas

From 1840 through 1844 East Texas was wracked by murderous violence between Regulator and Moderator factions. More than thirty men were killed in assassinations, lynchings, ambushes, street fights, and pitched battles. The sheriff of Harrison County was murdered, and so was the founder of Marshall, as well as a former district judge. Senator Robert Potter, a signer of the Texas Declaration of Independence, was slain by Regulators near his Caddo Lake home. Courts ceased to operate and anarchy reigned in Shelby County, Panola District, and Harrison County. Only the personal intervention of President Sam Houston and an invasion of the militia of the Republic of Texas halted the bloodletting.

The Regulator-Moderator War was the first and largest of the many blood feuds of Texas. Bill O’Neal includes rosters of names of the Regulator and Moderator factions arranged by the counties in which the individuals were associated, along with a roster of the victims of the war.