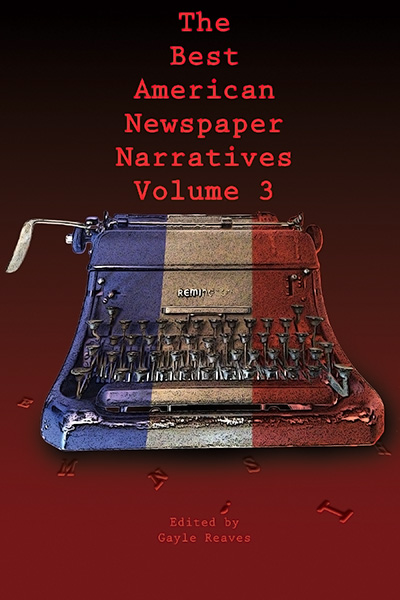 This anthology collects the ten winners of the 2014 Best American Newspaper Narrative Writing Contest, run by the Mayborn Literary Nonfiction Conference. The event is hosted by the Frank W. Mayborn Graduate Institute of Journalism at the University of North Texas. The contest honors exemplary narrative work and encourages narrative nonfiction storytelling at newspapers across the United States.

Second place: Christopher Goffard, “The Favor,” published by the Los Angeles Times, describes the plea bargain sentence of the son of a former California assembly speaker, after the son pleaded guilty to voluntary manslaughter, and whose prison sentence was later reduced by then-California Gov. Arnold Schwarzenegger.

Third place: Stephanie McCrummen, “A Father’s Scars,” published by the Washington Post, about a Virginia state senator one year after he was stabbed multiple times by his mentally ill son before the son killed himself.