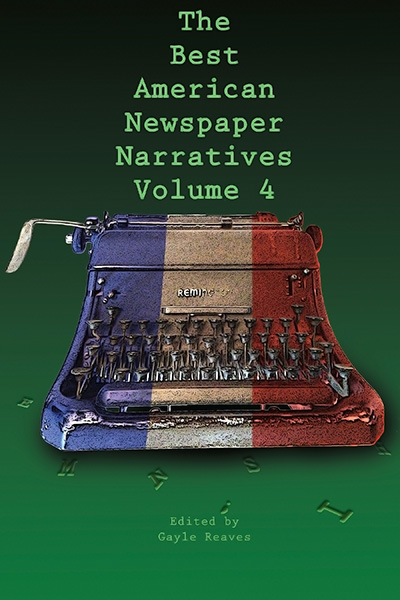 This anthology collects the ten winners of the 2016 Best American Newspaper Narrative Writing Contest at the Mayborn Literary Nonfiction Conference, an event hosted by the Frank W. Mayborn Graduate Institute of Journalism at the University of North Texas.

Second place: Christopher Goffard, “Fleeing Syria: The Choice” (Los Angeles Times), is about a former dressmaker from Syria gaining asylum in Sweden for her family, but her husband and children were still in Turkey.

Third place: Sarah Schweitzer, “The Life and Times of Strider Wolf” (Boston Globe), documented the difficult life of a six-year-old boy and his brother, who were rescued from near-fatal abuse and sent to live with their grandparents in campgrounds in Maine.