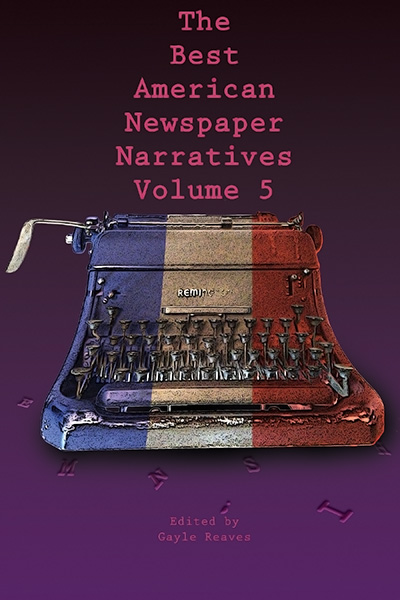 This anthology collects the ten winners of the 2016 Best American Newspaper Narrative Writing Contest at the Mayborn Literary Nonfiction Conference, an event hosted by the Frank W. Mayborn Graduate Institute of Journalism at the University of North Texas.

First place winner: Terrence McCoy, “It Was an Accident, Baby” (The Washington Post), relates how a family in Alabama coped after the family’s four-year-old accidentally killed his nine-year-old sister.

Second place: Hannah Dreier, “A Child’s Scraped Knee” (Associated Press), which depicts how medical supply shortages in Venezuela turned a simple injury into a life-threatening condition for a three-year-old.

Third place: Billy Baker, “The Power of Will” (The Boston Globe), focuses on a family’s search for a cure for their son’s rare form of cancer, which led them to a maverick doctor.