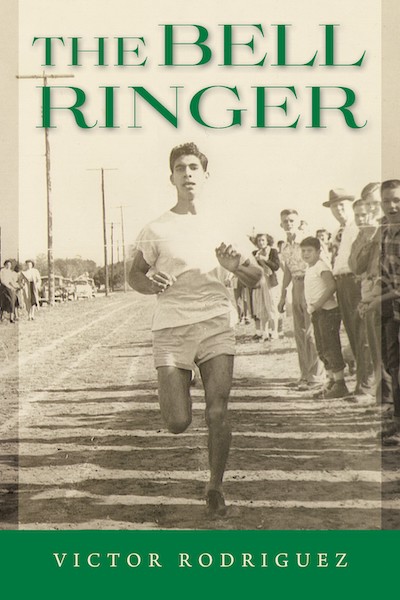 About Rodriguez's The Bell Ringer

This is the story of Victor Rodriguez, star track athlete and San Antonio educator. From his earliest days in South Texas in the 1940s he broke many barriers. As a football player and track star he set records and won trophies at Edna High School, at Victoria College, and at North Texas State College. At each stage of his education, he often found himself the only Mexican American in his group.

He developed his sports prowess from nine years of early morning running to the church in Edna, to ring the bell before Mass. He earned the first Hispanic scholarships as an athlete at both Victoria Junior College and North Texas State College. After graduating in 1955, he began a career in the San Antonio School District, ultimately retiring in 1994 after twelve years as Superintendent of the District. As a pioneer Mexican American educator in San Antonio, he brought dignity and respect to the people of the Westside, where he remains a role model today.