Known internationally as the “Pepper Lady” since the publication of her book Peppers: The Domesticated Capsicums, JEAN ANDREWS was a distinguished alumna from the University of North Texas, where she received her Ph.D., and from the University of Texas at Austin where she received a B.S. and was also named to the Hall of Honor of the College of Natural Sciences. Named to Who’s Who in Food and Wine in Texas, Andrews was the author and illustrator of thirteen books, as well as numerous articles on peppers, wildflowers and shells. 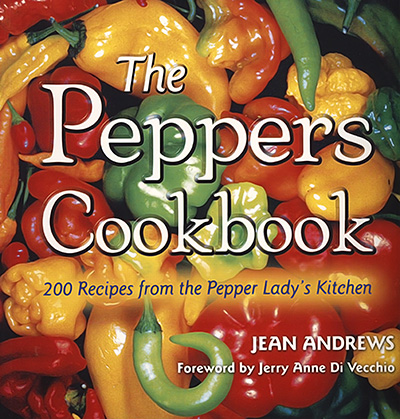 The Peppers Cookbook: 200 Recipes from the Pepper Lady's Kitchen

Award-winner Jean Andrews has been called “the first lady of chili peppers” and her own registered trademark, “The Pepper Lady.” She now follows up on the success of her earlier books, Peppers: The Domesticated Capsicums and The Pepper Trail, with a new collection of more than two hundred recipes for pepper lovers everywhere. Andrews begins with how to select peppers (with an illustrated glossary provided), how to store and peel them, and how to utilize various cooking techniques to unlock their flavors. A chapter on some typical ingredients that are used in pepper recipes will be a boon for the harried cook. The Peppers Cookbook also features a section on nutrition and two indexes, one by recipe and one by pepper type, for those searching for a recipe to use specific peppers found in the market. more... about The Peppers Cookbook: 200 Recipes from the Pepper Lady's Kitchen 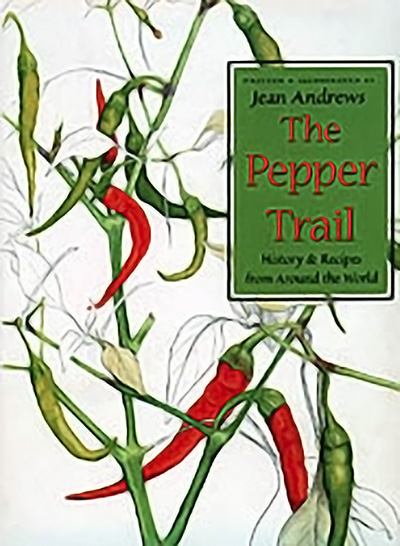 “An authoritative but eminently readable work… An essential purchase.” —Library Journal more... about The Pepper Trail: History & Recipes from Around the World 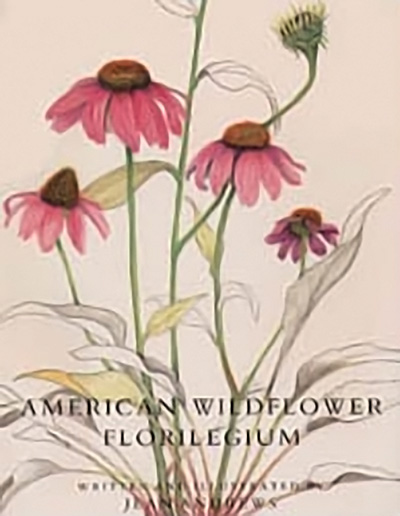 “My plant paintings are composites through time which present the generalized growth pattern of the plant, not only with the buds, the mature flower in various aspects—front, side, back—on to the seed pods but also the roots. This is a view of a plant impossible to capture with the camera.” —Jean Andrews more... about American Wildflower Florilegium