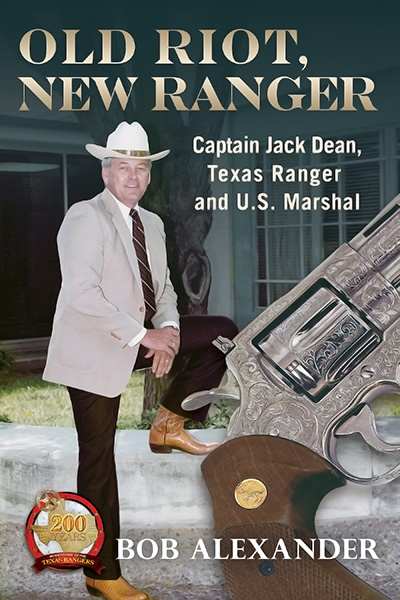 Award-winning author Bob Alexander presents a biography of 20th-century Ranger Captain Jack Dean, who holds the distinction of being one of only five men to serve in both the Officer’s Corps of the Rangers and also as a President-appointed United States Marshal.

“Bob Alexander personally interviewed Jack Dean, a renowned Texas lawman who wore a badge for forty-three years. These conversations form the core of a well-researched and fascinating account of Lone Star justice from the mid-twentieth century into the new millennium.” —–Darren L. Ivey, author of The Ranger Ideal, Volumes 1 and 2