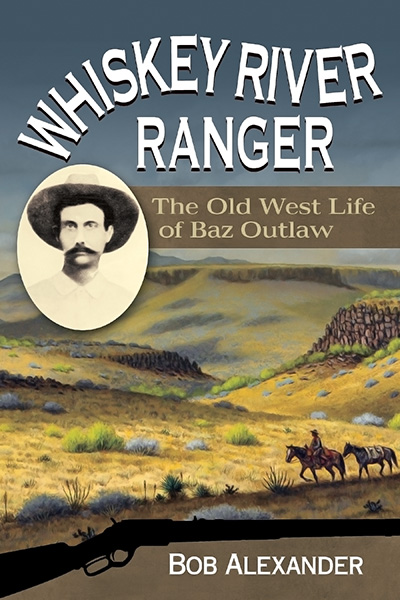 Captain Frank Jones, a famed nineteenth-century Texas Ranger, said of his company’s top sergeant, Baz Outlaw (1854-1894), “A man of unusual courage and coolness and in a close place is worth two or three ordinary men.” Another old-time Texas Ranger declared that Baz Outlaw “was one of the worst and most dangerous” because “he never knew what fear was.” But not all thought so highly of him. In Whiskey River Ranger, Bob Alexander tells for the first time the full story of this troubled Texas Ranger and his losing battle with alcoholism.

In his career Baz Outlaw wore a badge as a Texas Ranger and also as a Deputy U.S. Marshal. He could be a fearless and crackerjack lawman, as well as an unmanageable manic. Although Baz Outlaw’s badge-wearing career was sometimes heroically creditable, at other times his self-induced nightmarish imbroglios teased and tested Texas Ranger management’s resoluteness.

“Alexander should be praised for his balanced treatment of Outlaw as a good-bad Ranger.” —Harold J. Weiss, Jr., author of Yours to Command: The Life and Legend of Texas Ranger Captain Bill McDonald