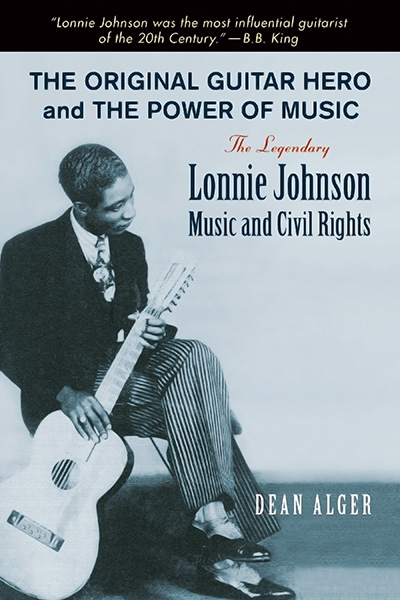 About Alger's The Original Guitar Hero and the Power of Music

Lonnie Johnson (1894–1970) was a virtuoso guitarist who influenced generations of musicians from Django Reinhardt to Eric Clapton to Bill Wyman and especially B. B. King. Born in New Orleans, he began playing violin and guitar in his father’s band at an early age. When most of his family was wiped out by the 1918 flu epidemic, he and his surviving brother moved to St. Louis, where he won a blues contest that included a recording contract. His career was launched.

Johnson can be heard on many Duke Ellington and Louis Armstrong records, including the latter’s famous “Savoy Blues” with the Hot Five. He is perhaps best known for his 12-string guitar solos and his ground-breaking recordings with the white guitarist Eddie Lang in the late 1920s. After World War II he began playing rhythm and blues and continued to record and tour until his death.

This is the first full-length work on Johnson. Dean Alger answers many biographical mysteries, including how many members of Johnson’s large family were left after the epidemic. He also places Johnson and his musical contemporaries in the context of American race relations and argues for the importance of music in the fight for civil rights. Finally, Alger analyzes Johnson’s major recordings in terms of technique and style. Distribution of an accompanying music CD will be coordinated with the release of this book. 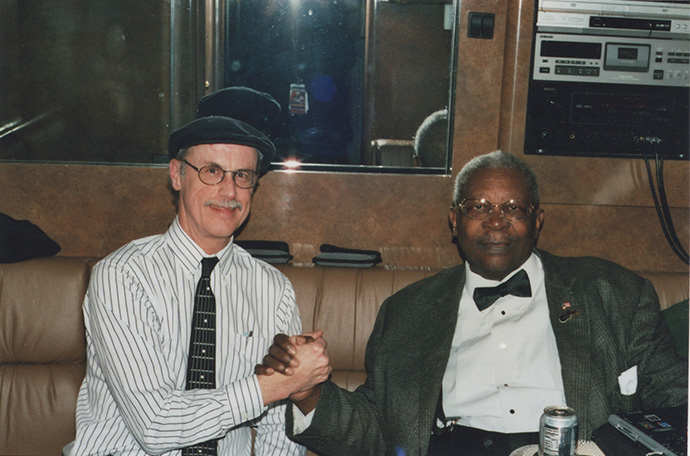 B.B. King and author Dean Alger, taken at the end of their interview for the book (in the back of his tour bus). Lonnie Johnson was BB’s greatest influence.

“When you mention guitar, the first thing I think of is Lonnie Johnson.” —B. B. King

“This book is great! With superb reviews of Lonnie Johnson’s music and life, and perspectives on the development of artistry on the guitar and music and Civil Rights, this is a profoundly meaningful book. Johnson’s importance for 20th-century music is monumental.” —Lawrence Cohn, editor of Nothing but the Blues: The Music and the Musicians

DEAN ALGER’s writings and presentations on blues and jazz for the new Grove Dictionary of American Music and others have been widely praised. Also a public affairs consultant, he is the author of five acclaimed books on democracy, elections, and media. He lives in St. Paul where he is a singer, guitarist, and songwriter.