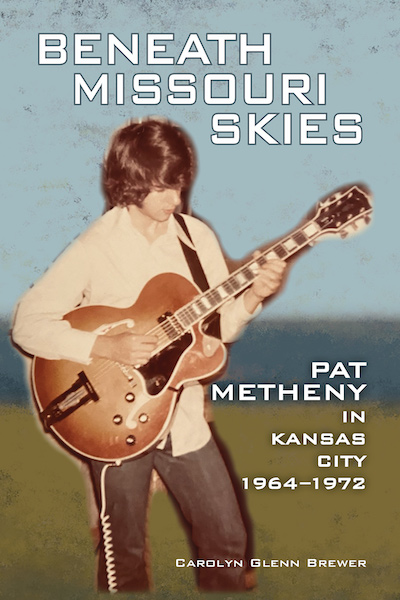 About Brewer's Beneath Missouri Skies

The New Yorker recently referred to Pat Metheny as “possibly the most influential jazz guitarist of the past five decades.” A native of Lee’s Summit, Missouri, just southeast of Kansas City, Metheny started playing in pizza parlors at age fourteen. By the time he graduated from high school he was the first-call guitarist for Kansas City jazz clubs, private clubs, and jazz festivals. Now 66, he attributes his early success to the local musical environment he was brought up in and the players and teachers who nurtured his talent and welcomed him into the jazz community.

Metheny’s twenty Grammys in ten categories speak to his versatility and popularity. Despite five decades of interviews, none have conveyed in detail his stories about his teenage years. Beneath Missouri Skies also reveals important details about jazz in Kansas City during the sixties and early seventies, often overlooked in histories of Kansas City jazz. Yet this time of cultural change was characterized by an outstanding level of musicianship.

Author Carolyn Glenn Brewer shows how his keen sense of ensemble had its genesis in his school band under the guidance of a beloved band director. Drawn from news accounts, archival material, interviews, and remembrances, to which the author had unique access, Beneath Missouri Skies portrays a place and time from which Metheny still draws inspiration and strength.

“Brewer presents a very detailed yet balanced view of Metheny’s musical growth, and the KC area musicians that were part of that development. That approach gives the reader an insight into the overall KC jazz scene at the time.”—Terry Perkins, reviewer for Downbeat magazine

CAROLYN GLENN BREWER is a longtime music educator who has written for Jam Magazine and published two books on the 1957 tornado in Ruskin Heights, Missouri. She has played clarinet in bands, chamber groups, and orchestras throughout the Kansas City area. She lives in Kansas City.