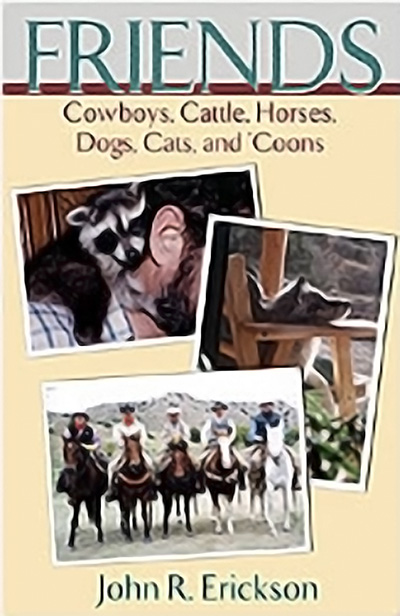 From the creator of Hank the Cowdog

Here under one cover are the collected writings of John R. Erickson about characters who have entered his life on the High Plains country of the Texas Panhandle. Erickson writes with authority about ranching and cowboying in the modern era, always with an eye for the humor of everyday incidents. Some of his friends are widely known, such as artist Ace Reid and noted fiddle player Frankie McWhorter. Others are cowboys who work the big ranches between the Canadian and Beaver Rivers. They share the stage with some of Erickson’s four-legged friends: the Phantom Cow, Texie, the Incredible Burping Dog, an Arabian horse called Dandy, Callie the cat, and Eddy the raccoon.

“In this collection of stories, mostly humorous, occasionally sad, Erickson proves that the cowboy still survives with all the spirit and individuality that has been his trademark for nearly 150 years.” —Elmer Kelton