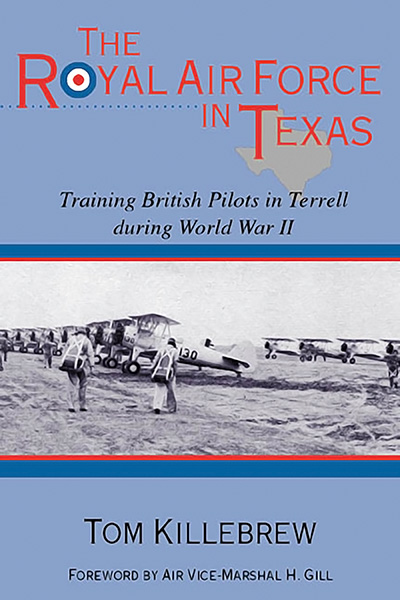 vol. 8: War and the Southwest Series

About Killebrew's The Royal Air Force in Texas

Tom Killebrew explores the history of the Terrell Aviation School and its program with RAF pilots. Most of the early British students had never been in an airplane or even driven an automobile before arriving in Texas to learn to fly. The cadets trained in the air on aerobatics, instrument flight, and night flying, while on the ground they studied navigation, meteorology, engines, and armaments—even spending time in early flight simulators. By the end of the war, more than two thousand RAF cadets had trained at Terrell, cementing relations between Great Britain and the United States and forming lasting bonds with the citizens of Terrell.

“Killebrew’s book adds substantially to an understanding of the history of RAF flight training on U.S. soil in World War II.” —Tod Roberts, editor of RAF Wings over Florida

TOM KILLEBREW received a master’s degree in history from the University of Texas at Arlington and taught American history at Navarro College in Waxahachie, Texas. He is the author of The Royal Air Force in Texas: Training British Pilots in Terrell during World War II (UNT Press). He lives in Erath County, Texas.