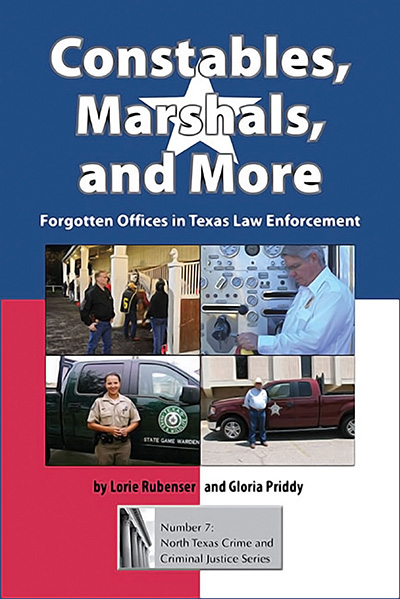 Most students of criminal justice, and the general public as well, think of policing along the three basic types of municipal, sheriff, and state police. Little is known about other avenues of police work, such as the constable. In policing textbooks, when a position such as constable is mentioned, only a line or two is presented, hardly enough to indicate it is of any importance. And yet constables and numerous other alternative policing positions are of vital importance to law enforcement in Texas and in other states.

This book will be useful for any general policing courses at both the undergraduate and the graduate levels. It will provide more in-depth analysis of these lesser known law enforcement positions and will spur student interest in employment in these areas.

“There are so many law enforcement agencies in the State of Texas that we know so little about, such as game wardens, the constables, or the railroad police. At last we have an informative book that explains the legal and historical aspects of these positions and explains the roles and duties of these officers in Texas law enforcement. This is a valuable book for anyone interested in the more unusual Texas police agencies.” —Willard M. Oliver, criminal justice, Sam Houston State University

“Most introductory policing works mention POST commissions but rarely go into such detail. This reference work is well written–it is clear, to the point, and informative.” —Daniel M. Stewart, criminal justice, University of North Texas

LORIE RUBENSER is associate professor of criminal justice at Sul Ross State University and the author of several articles and chapters on policing and special units.