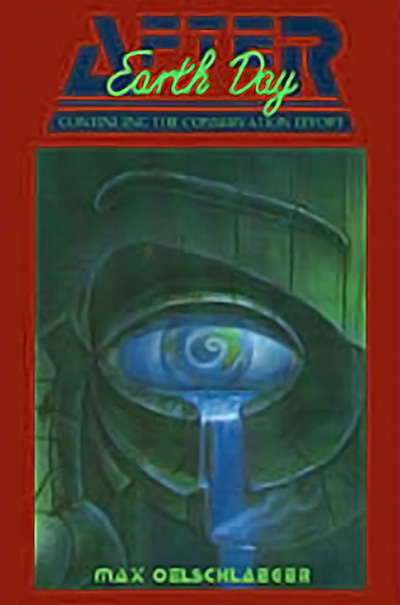 Philosophy and the Environment Series

About Oelschlaeger's After Earth Day

After Earth Day celebrates the spirit of Earth Day as exemplifying the sustained commitments of many different people and organizations to a common cultural effort: conservation itself. As the essays show, conservation depends upon the continuing efforts of everyone: people in business, in the university, in science and technology, and citizens in every community who act locally but think globally.

“…contains contributions written by ten of North America’s leading environmentalists… celebrating the spirit of Earth Day one through twenty-one… exemplifying the sustained commitments of many different people and organizations to a common cultural effort: conservation itself.” —Bulletin of Science, Technology & Society

“Despite much environmental action… the environment has gotten worse and something must be done to change course. Oelschlaeger has brought together a wide range of topics… to set the new course.” —Science

“This is a collection of 16… stimulating essays on the politics, science and philosophy of conservation” —Publishers Weekly

“Conservation must become a reality in our daily lives, in the basic institutions and practices of our culture, if we are to find our way to sustainability.” —San Marcos Daily Record

MAX OELSCHLAEGER is the author of The Idea of Wilderness, The Environmental Imperative, and Religion in a Time of Ecological Crisis and the editor of The Wilderness Condition. He teaches courses related to environmentalism, ecofeminism, and the philosophical dimensions of ecology at the University of North Texas.

See all titles in our Series: Philosophy and the Environment Series