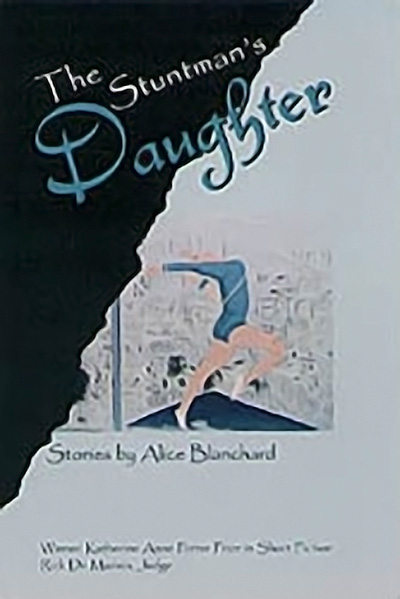 About Blanchard's The Stuntman's Daughter

“Something is always at stake in these tales, and the reader cannot help but understand that he or she is involved in the outcome. And while the language is precise and often beautiful, it is never glib or trendy. The words count. They have weight and heft. Like all serious writers, Ms. Blanchard takes risks. She walks the tightrope between sentiment and sentimentality, and never loses her balance. And by doing so, she tests the humanity of her characters and thus the humanity of her readers.” —Rick DeMarinis

This award-winning collection explores the lives of such diverse characters as a deaf girl struggling to cope with the loss of her parents, a loving father who must decide whether or not he accepts his Down syndrome daughter, a teenager who learns to respect his blind rival for a girl’s affections, and a lesbian who, despite the fact that her life is out of control, manages to assert her own identity.

ALICE BLANCHARD has received a PEN Syndicated Fiction Award, a New Letters Literary Award and a Centrum Artists in Residence Fellowship. Her fiction has appeared in literary journals throughout the country and has been broadcast on National Public Radio. She and her husband live in Hollywood, where they write screenplays.