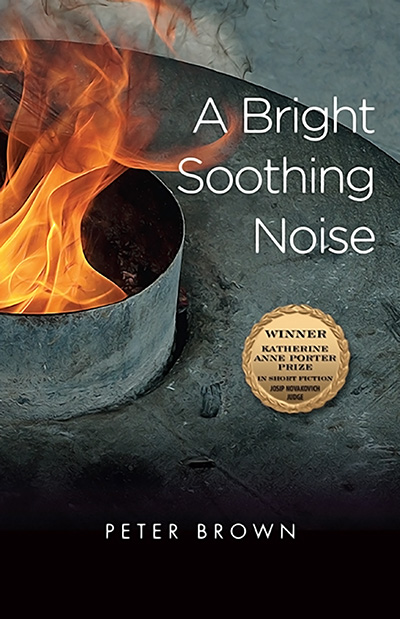 About Brown's A Bright Soothing Noise

The title, A Bright Soothing Noise, refers to the sound that fire makes, promising not only warmth and light but also violence and destruction. Brown’s greatest hero is Frank O’Connor, and like O’Connor’s his stories uncover the final bleakness of a national life but in the same moment glow with its promise of love and life and belonging. Brown’s Americans will try almost anything to connect. They tend to drink too much, to drive too fast, are a little too violent in their passions and even a little too religious. Too often they believe, they trust—and then again they don’t, depending not so much on what’s getting proffered as who’s proffering. They are always on the verge of something better. They only want a little more, only a little too much, and while we as readers want with all our hearts for them to get it, we also fear they might.

“This highly entertaining collection of stories has the scenic intensity and quality of Tennessee Williams’s one-act plays. Meet a varied cast of characters in strange settings, and enjoy their provocative and witty company.” —Josip Novakovich, author of April Fool’s Day: A Novel and judge

PETER BROWN was born in Houston, raised in Staten Island, and educated in Missoula. He’s lived in Florida, Colorado, Seattle, and Manhattan and now lives in the Boston area. He works as an IT manager for the Harvard University Economics Department. Along with his fiction, he has published translations from Spanish and French and has received support from the PEN America Center and the French Embassy for his work as a translator. The Massachusetts Cultural Council awarded him an artist’s grant in 2006 for his fiction. He also helps edit the journal Salamander.