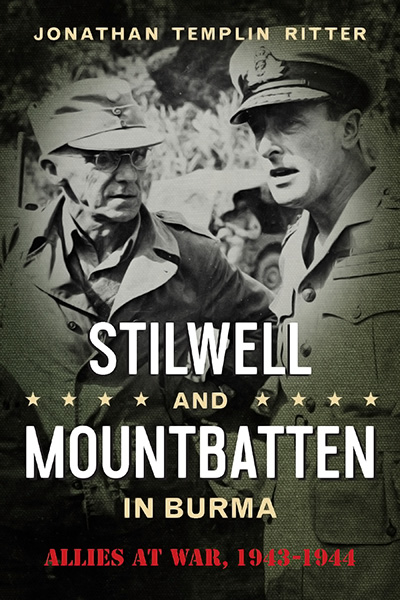 About Ritter's Stilwell and Mountbatten in Burma

Stilwell and Mountbatten in Burma explores the relationship between American General Joseph “Vinegar Joe” Stilwell and British Admiral Lord Louis Mountbatten in the China-Burma-India Theater (CBI) and the South East Asia Command (SEAC) between October 1943 and October 1944, within the wider context of Anglo-American relations during World War II. Using original material from both British and American archives, Jonathan Templin Ritter discusses the military, political, and diplomatic aspects of Anglo-American cooperation, the personalities involved, and where British and American policies both converged and diverged over Southeast Asia.

Although much has been written about CBI, Stilwell and China, and Mountbatten, no published comparison study has focused on the relationship between the two men during the twelve-month period in which their careers overlapped. This book bridges the gap in the literature between Mountbatten’s earlier naval career and his later role as the last Viceroy of British India. It also presents original archival material that explains why Stilwell was so anti-British, including his 1935 memorandum titled “The British,” and his original margin notes to Mountbatten’s farewell letter to him in 1944. Finally, it presents other original archival material that refutes previous books that have accused Stilwell of needlessly sacrificing the lives of his men during the 1944 North Burma Campaign, merely out of hatred for the British.

“Ritter displays a good sense of the strategic background to Anglo-American relations in World War II and the China-Burma-India theatre, and constructs a fascinating and highly relevant argument out of some complicated material.” —Alan Warren, author of Burma 1942